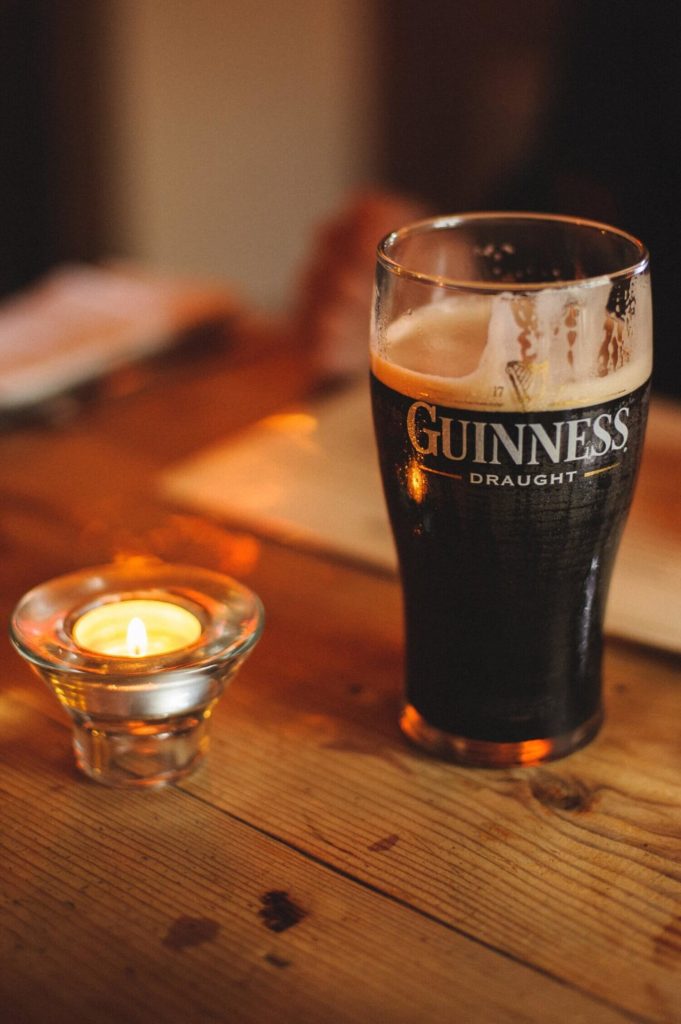 What is a Stout?

I often get asked on brewery tours, “What is the difference between a porter and a stout?” Stouts and Porters are dark in color, most have dark malt flavors of coffee and chocolate, and to many are very similar. The answer is… it’s a little complicated. Here’s why.

Porter was the first beer style to be produced on a massive scale. Porter breweries came out of 18th century London, the center of the beginnings of the industrial revolution. Many goods were being made in factories for the first time, and porter was one of those goods. Porter was the first beer style to be consumed on every continent, as British ships were on every ocean putting flags into anything that didn’t move. On all of those ships sailors were drinking Porter.
In the old days, Stout Porter was a higher alcohol variant of the standard Porter that was so widespread. At this time the term “stout” was used to denote strength and could refer to a high alcohol version of any style. Stout Pales, Stout Milds, Stout Porters, all of these were commonly brewed and sold. During WWI, however, Great Britain went under rations due to the Germans sinking supply ships bringing goods to the British Isles. Grain was rationed as part of the war effort, and of course malted barley is where brewers get the fermentable sugars that turn into alcohol. When they couldn’t buy as much grain, the alcohol levels plummeted, as did this old distinction of strength meaning “Stout”.

From there, Stout varied depending on where it was brewed. Irish Stouts, like Guinness, are low in alcohol (around 4% ABV) and have a distinct roasty bitter flavor. Sweet Stouts, like Left Hand Brewing’s Milk Stout incorporate unfermentable lactose into their recipes, leaving behind a sweet coffee with cream and sugar impression. Imperial Stouts, like North Coast Brewing’s Old Rasputin, are very high in alcohol with many being over 10% ABV. Some brewers, like Anderson Valley, add oatmeal to their recipes creating creamy Oatmeal Stouts. All of these beers are distinct from one another in flavor, aroma, alcohol strength and ingredients, though all share a similar color. So, what is a Stout? It really depends on what type of stout you’re talking about.

If you’d like to enjoy some Porter or Stout come join us on a brewery tour!